North has led the way in the UK in terms of drinks and drinking, one of the first bars (ie. not a pub) in Leeds and one of the first European style bars in the UK, THE first for so very many of the beers that are now becoming much more readily available in the UK.

But for a time we were blinkered, a rather short time which ended around three years ago, but still a good couple of years in to my tenure in management. Somehow we lost a bit of experimentation and broadmindedness that we began with. We turned our noses up at the very mention of cocktails for a time and people may have been occasionally rebuffed if they asked for something that wasn't 'purest beer' or indeed purist beer.

I'll not dwell on it but while it was still ace and loved by many, the place wasn't firing on all cylinders. I've always loved all sorts of drinks but the discovery of good beer had lead me down a pretty brilliant road towards being enough of an evangelist to run North bar. When I got on top of things, with no little help from some of the brilliant staff who've worked there for the five years I've been boss, cocktails started making a comeback, the spirits selection then of course had to improve and now it has become Extremely Good. 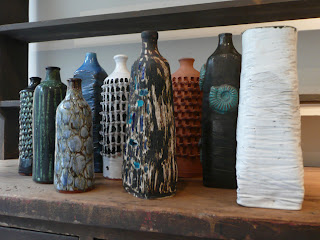 Of course this also reflects the confidence of the British cocktail bar industry and a hell of a lot of new and interesting stuff referred to by the moniker 'mixology'.

First of all I really don't like that word, I will have without doubt denigrated it in a drunken tirade, and,  with extreme vigour. It doesn't seem to work as a word and sounds a bit wanky. It does however have an entry in the dictionary.

Mixology is the art or skill of preparing mixed drinks and a mixologist is a person who studies mixology.


So what the hell eh? You only live once.

Mixing drinks is extremely straightforward and in that respect is no different to cooking AND it gets you pissed. We've been rolling out beer cocktails at North for some time now, we kind of expected more resistance and debate but, somewhat disappointingly, everyone just took them to their hearts without question and no-one called us wankers (not a cue). Just shows what a bit of open-mindedness can achieve really. 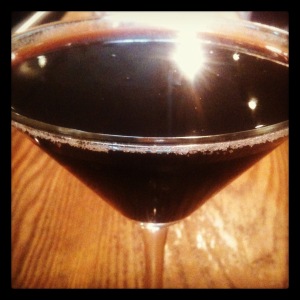 So now I'm a beer mixologist, along with whatever other dubious accolades I hold (I just listed them to my wife)  and indeed the very first Polak/Brit/Knaresborian on the Beermixology site. My first post is the most successful beer cocktail from our current range, Ladies and Gentlemen the Brooklyn Baltic.