I'm still embarassingly out of action on the Computer front and as you can appreciate the bar is mental at this time of year so very little time to post and no 'in situ' beer tastings for now...

However it would be churlish not to harp on a little about some of the stuff I've been drinking recently... 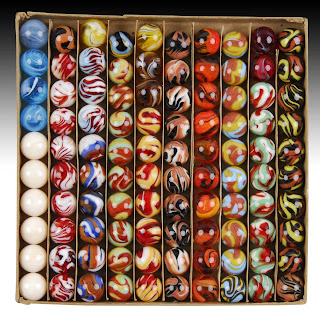 In particular Marble's latest offering 'Special'. Marble are very close to my heart as firstly I think I was the first person to bring them to Leeds (only about 5 years back - please correct me if I'm wrong!) and also they make really great, incredibly informed, beers that are distinctive and forward looking whilst also remaining traditional in terms of 'flavour profile'...

Special is a Barley Wine, it's beautifully packaged and is brand spanking new. When the chaps over the Pennines told me about this a few months back I deemed it necessary to ask them when it was ready pretty much every week until it was... Just before Christmas.

It's corked and wax sealed, and once I got round that I shared a bottle with my missus... The nose is a very fresh, resinous hopsack affair. I touch of iron and a real soft, pink grapefruit aroma. The beer pours tawny brown and is quite light in body considering it's 10.7% ABV. Many barley wines can be syrupy which is not necessarily a bad thing but sometimes makes you not want another for some time (see lees harvest ale).

Which in itself is not necessarily a bad thing...

Anyhow the special has a plummy fizz and soft hops, building as you go, a touch of dandelion leaf bitterness (credit the missus for that) and a really silky vanilla note. Sod that it's actually creme caramel and then vanilla fudge.

Exceptional beer, well composed and potent. It's making me feel better about watching Oz Clarke, I wonder about his sanity to be honest, he always seemed rather hoity toi but composed but recently he seems to be completely soused and buggered up... Someone should tell him that he'll never be Floyd... 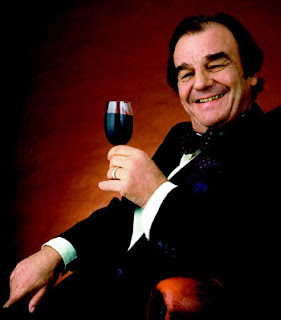 Marble are ace - they also brought out 'Decadence' which is a Imperial Stout, equally wonderful but I reckon that it needs a little time in the cellar so I'll come back to it...

I have also been drinking plenty of Anchor Christmas 2009 which is the best I've ever tasted (think pine resin and cola cubes!). Brooklyn Chocolate 2008-09 which is great and in my opinion better than this years offering. Tactical Nuclear Penguin which is daft but entirely refined actually and some pretty amazing 'jazz stout' from the Crown Brewery of which I will write more. Suffice to say Stu is brewing some extremely good stuff at the moment...

Posted by Matt Gorecki at 16:48 No comments:

Blockage in a de sistim...

My laptop is bust... Hopefully just the charger but for now posting is going to be somewhat infrequent...

For now be content with having a look at some beer dudes quaffing... Well... It's only the strongest fucking beer in the world!
Just click the Avery...

Posted by Matt Gorecki at 08:27 No comments:

I'm drinking this beer at 5:48am is that ok?
I'm past caring now, what I can tell you is that if you have in your possession and it happens to be 5am you'll end up drinking it. 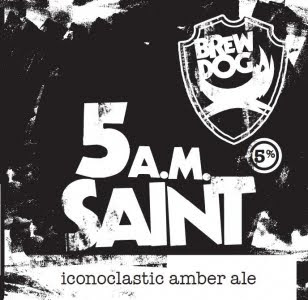 What can I say... ha ha.. is it... 'iconoclastic'?
Of course! I'm past caring...
Super hoppy amber ale, perhaps the starting point was How to Disappear Completely. It has the same lack of sweetness but luckily, 5AM Saint opens up nicely, and has the all important jelly tots/midget jems back end that I really appreciate.
It's good BUT.
Stick your nose in and it smells like fucking dishwater...
Which is a shame.
Posted by Matt Gorecki at 05:47 No comments:

Email ThisBlogThis!Share to TwitterShare to FacebookShare to Pinterest
Labels: Brewdog

A punk and a curry

I'm on my break which gives me just enough time to have a quick go...

What's best with curry then? Lager most would say, the more knowledgabel might point you in the direction of a nice Burton-esque IPA. I'd agree with both of these, keeping my fingers crossed that the lager would be decent stuff (follow the Reinheitsgebot and you shouldn't go to far wrong) and the IPA is as hoppy as you can get hold of. 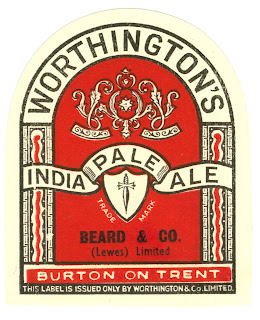 Whilst the classic IPA's of Burton are, on the whole, fantastic and moreover 'the originals'. The hop profile has been eclipsed in recent years by US brewers and their IPA's and doubles. Let me say now that the first time I had Double Dog I changed my staff training from...

"America does some amazing copies of various brewing styles across the world."

"America makes every style of beer, but the one which is truly their own is the ultra hoppy IPA."

So taking this all right back, British IPA goes great with a curry, what goes even better is an even hoppier style. There's something about that resinous bitterness from the US or NZ that balances spiciness and wins through the flavour onslaught that is Curry!
So tonight in honour of the marvellous yet ridiculous Brewdog saga I'm revisiting PUNK IPA and washing it down with a top lamb curry from no other than Zam Zam which is across the road from North... Punk is the perfect foil to something a bit spicy, there's grapefruit and astringency but to me there seems a soft body to the beer that helps it slip down nicely. It balances the heat of the curry really well and doesn't taste acrid like some other drinks do when faced with a touch of spice...

Anyhow - back to work
Posted by Matt Gorecki at 21:47 No comments:

A weekend of beer...

So then, there are no posts over the weekend due to excessive drunkenness.
Amongst several other drinks, I drank...
Haandbryggeriet 'Norwegian Wood'
brilliant
Mikkeller/Three Floyds 'Oatgoop'
awesome
I ended up on a mad mission to Wetherby in a Mercedes (don't worry I can't drive). After negotiating some dubious establishments containing 'tattoo be-necked' locals drinking Carling, I ended up in an old faithful... The Sam Smith's pub on the High Steet, god knows what it's called (the internet seems not to have reached Wetherby properly yet).
Thank goodness for
Sam Smith's Nut Brown Ale
Anyway, I'm not drinking these now and so I'm not writing too much about them. This has the added benefit of me being able to drink them all again and is a good excuse to fuck off...
Toodly pip!!

So... after a cracking pint of Outlaw Boneshaker and a half of Sam Smiths Nut Brown Ale (more on which I'll write later) we got on the 45 and went home.
I cooked Aubergine Parmigiana which is mildly laborious, yet soothing to cook and an ultimately satisfying dish. It's also the most diplomatic vegetarian dish I know, it's dense, full of favour and will satisfy veggies and meat eaters alike... If you'd
like the recipe just ask.
Beer One:

(Sour 8%) from Parma. Italian beer is perhaps on the cusp of acceptability. I am hearing a considerable amount about it and I'm expecting to be tasting plenty in the next year. I don't know much about Italy's beer but I do know there is tradition and artisanship. Which will do. 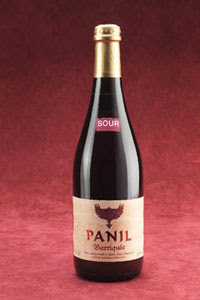 Panil falls somewhere between a flemish red and a gueuze in style having both the sweet/sour of the former and the dry length and complexity of the latter.
Initailly I'm a little confused: It seems to have a very modest profile, it's the length that draws you in. As the air gets in it opens up: Soft, delicate, red fruit, dusty, tart raspberry then strawberry juice that just lasts and lasts. It reminds me of old Drie Fonteinen but the red fruit replaces the apricot. It fits excellently with my tea but would go even better with some really good Parma ham.
Drinking Panil reminds me of drinking good Perry, it has a strong alcoholic effect that is euphoric and affects your vision somewhat... It's very good indeed, very appetising, and has piqued my interest in Italian brews.
Beer 2: Original Brewdog Tokyo (12% when it went in to the cellar) this is a beer that I've fallen out with twice. The first time it was because I didn't think it was that great, it was too confused, too much of the cranberry, muddled. I figured that I should abandon it for a while to think about what it had done.
While my 12% Tokyo was languishing in the cellar i fell out with it again, this time though it was in a new incarnation - the tabloid baiting 18%.
Cue mass hysteria... 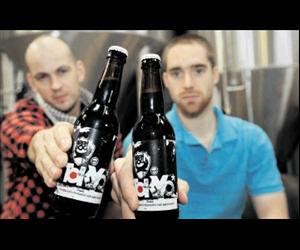 Does beer need to be 18%? Why is it in the news? Who cares? Alcohol content is a side issue... Something to be considered yes. But we don't freak out about sherry, whisky or wine for fuck's sake. Taste matters and that's it.
So i'm glad to say I've made up with Tokyo after 2 years in the cellar the fruit is still there but is tempered by full toffee, complex coffee and then a big hit of black malt. Time has softened the beer and sorted out the favour profile, which is a relief. The viscosity is just right and it's become a real contender.
I might just have to stick a couple of 18%ers in there and then of course there is the Thermonucler Penguin on the horizon... Brewdog eh...
Posted by Matt Gorecki at 23:52 No comments: 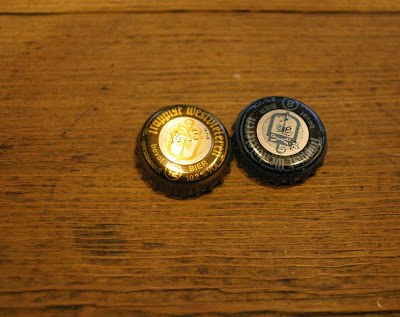 Well this seems to be the done thing these days... Drinking beer, writing about beer, blah blah... I like beer, you like beer, we all like beer... I know about beer having drunk a goddamn lot of it, this is by virtue of being the manager of North Bar in Leeds and Further North in Chapel Allerton.
Read on and I'll attempt to avoid bullshit and shit beer, I'll try to write as I drink the beers and I promise not to:
1. Be aloof.
2. Twitter on.
3. Lie.
4. Get needlessly technical.
i might add to that but for now... i'm having a drink...
Posted by Matt Gorecki at 23:15 No comments: