One of the most consistently satisfying beer styles and perhaps also one of the most misunderstood. There's a double #1 in here as the farmhouse IPA is a hybrid BUT it tastes more saison than IPA so I'm fucking rolling with it...

Apologies for the lack of links I'm on t'mobile and blogger isn't playing links today - will update in due course xx.

In praise of MALT

HOPS HOPS HOPS, it's all we get nowadays isn't it?

I love em of course but malty beers don't get as much of a look in. The mass of new converts to beer seem to progress along a pretty steep curve, as demonstrated thus... 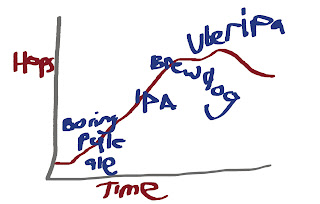 I was training a couple of new staff the other day and found myself dwelling for some time on the subject of malt. Of course my North 'mega beer talk' always starts with malt, it's where all beer starts, it is the main ingredient, beer is essentially seasoned, fermented malt juice! But it did prompt me to get something on t'blog that I've been meaning to do for some time.

Hops have taken centre stage for some years but I feel a clarion call for malt coming on and it all goes back to balance... You see the other day we tried a few beers and yes we had a bunch of hoppy beers on, great beers but the paler beers lower alcohol British beers really didn't come over to the new kids as well as the stronger, sweeter more malty beers.

Case in point 1: trainee A doesn't get the hoppy blonde british ale (we'll call it 'plantagenet') at all  - too bitter. But give her a 10% double IPA from bleeding Norway, (we'll call that 'oris') and she's after another one. Now there's a ton of exotic hops in both beers but oris has loads more than plantagenet, but it is also DAMN STRONG and the only way you can get extra strength in beer is by mashing up loads of extra malt.  oris is also, a much more balanced beer, now I'm not sure whether it is easier to achieve a better balance simply by putting in more of everything and thus gaining a stronger, bolder and subsequently less nuanced flavour but that perhaps is too much fiddle-de-de. What I'm saying is that my friend that has a very limited knowledge of beer is more charmed by the mad strong beer than the lighter very hoppy beer and the reasons for this are malt and balance. 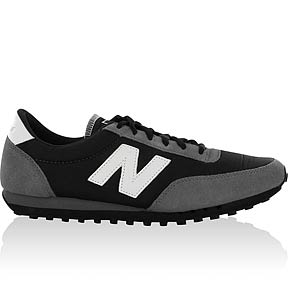 Case in point 2: The Roosters brewery in Knaresborough is famous throughout the world of brewing for a very specific type of beer. It's the type of beer that really brought British brewing to the fore and that beer is the pale ale. Specifically it's a type of beer that dragged so many drinkers back to cask due to the trick that looks quite like lager and whilst complex is not challenging. Every first generation UK micro has one of these beers, Roosters have taught a lesson through Sean Frankiln's strict adherence to the use of pale malt as a canvas to show of the qualities of aromatic hops. Roosters standard hop presence is ultimately restrained by many of todays standards and has occasionally been denigrated for being too restrained by those new to the scene who have had access to so much extreme beer that they have become... Hop zombies.

What Sean has achieved through his brewing is balance, if you're gonna use pale malt you can't bang in so many of those ultra citric US hybrid hops else you'll loose the character of the malt, and that is a part of the beer that is, just as, if not more important than hops.

Now here's a thing, has balance in beer changed over the years, does it change according to where you're from? Perhaps so or perhaps just truly great brews achieve balance. For me i've been beginning to tire of solely hop led beers - ALL the truly great, extremely hoppy beers are only great in my book because they have a heavy malt presence, very pale thin bitter beers fail to carry me past a pint.

In addition many of the great beers that people hark to in the past seem very much less led by the hop and these great beers are the British tradition and that tradition is balance.