phew...
that was a sweaty night - busy again at North, which is great, there's something to be said for putting everything to one side and just hammering out loads of great beer to happy punters. The last year or so has been difficult for the on trade. Disastrous for many landlords I'm sure but I'm lucky to run two great forward thinking craft bars that can adapt to the new market...
YES the new market. You see the recession has hit pubs and bars just as it's hit everything else, the reliable routines have become erratic and the tea time rush/11pm rush/last orders rush have gone out the window and licensees have been fretting as people just haven't been drinking in the same way as they did in the early part of the 2000's. 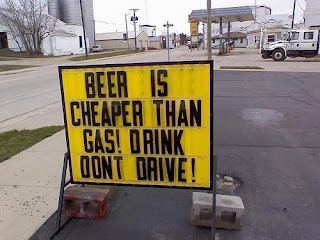 For those who haven't picked up on the craft beer boom the recession has been a sorry tale. Yet despite pressure from the Government, the prohibitionists, the scare-story-medical-bandwagon and underhand supermarket 'below cost price selling' tactics, pubs and bars who have embraced real ale, decent drinks, food and service are glimpsing light at the end of the tunnel. 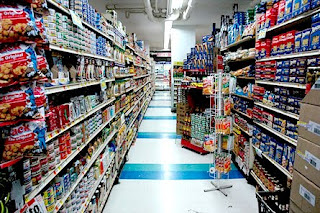 Eyes are open once more to the immense potential of beer and it's wondrous health giving properties! There's a million reasons why the on trade has been in decline but it's a fact that the rediscovery of real beer in its many forms has become a rallying cry and a boon for those who give a shit about pubs and the communities they maintain.
A good time to drink exceptional beer then, tonight I had a good hour or so after a busy night having the obligatory after work bevvy with my staff. I've been fairly exhausted over the last few weeks what with one thing and the other and I've been eyeing the 2008 JW Lees harvest ale, knowing that with 2 years of age on it there will have been some fantastic things happening inside those bottles.
Aging beer can be a little hit and miss, some won't take it - others, especially those with lower ABVs might only improve slightly before dropping off. Even then light, temperature and randomness can damage beer. Not so for the good barley wine of which JW Lees are purveyors of. 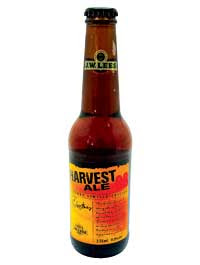 Harvest is regularly right up there with the best, a UK beer coming top of the polls in the mainly US based beer advocate. When I first tasted it there was full fruit, massive oloroso sherry-ness and a swish of bitterness to balance a very sweet beer. I caned it occasionally and it occasionally took the wheels off leading to out of hand whisky type incidents that I won't bore you with tonight. Two years in the cellar and it's even more delicious - light enough on the tongue but choc a bloc with amazing walnutty depth, datey sticky toffeeness and yet that tiny bite of bitterness that balances the sweetness. Marvellous.
What to follow that with? Well I'm on the case of a Paradox from Brewdog - Isle of Arran to be precise. It's heavy but the Arran cask that this imperial stout has been aged in has treated it well. You get all the wonderful bitter chocolate and lively espresso flavours that you expect but with a dollop of vanilla ice cream too... 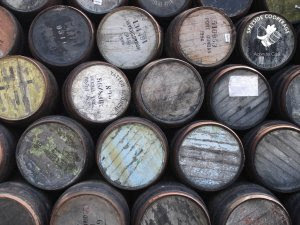 You like the sound of that? If you're a licensee open up you mind and your pub to craft beer - you won't regret it. If you're a punter - don't accept anything less than a really great, satisfying drink, if your local doesn't do good beer, ask why, demand it. You might just be doing them a favour...
NORTH
JW Lees
Brewdog
Posted by Matt Gorecki at 04:27 3 comments:

Reet! So right now I'm writing from the Great British Beer Festival, this is an experimental post to see what happens when I try writing through a session.
A quick note on our morning as Mark and myself popped to the ace St John bread and wine for a coffee and some madeira and seedcake at breakfast after a gruelling national express ride in the bogey seat right by a particularly fruity bog. Apt I suppose as St John is the home of the nose to tail eating of Fergus Henderson. Unfortunately we didn't have time to go the whole hog (HA!) but the Madeira set us up nicely to ease in to the festival. If you ever get down to the big smoke please visit either restaurant, they do some great stuff with some dubious animal parts - the food is amazing and it's really well priced.

Replemished by madeira and joyous of a public transport system that works, we are in full effect and have a crate in tow so we can haul some treats back to Leeds and a loaf of brilliant sourdough to soak up the booze.

For a few days a year Earls Court turns in to the centre of the beard wearing world as thousands of beer botherers descend to get rotten pissed in a celebration of beer. It's like any local CAMRA beer festival but MASSIVE and today is trade day so it's full of jockeying press types and strug out bar/pub workers dearly in need of some time off.

We quickly realised that buying thirds is the way to go... Taste as many as possible, and you know, pulling a third ain't so easy, the venerable voulenteers at the GBBF quite often miss the line, which for our purposes, is just the ticket.

Flash forward 2 hours and we've motored through through 14 beers and now been joined my mr Ed. Standout beers so far? Tons!

Thornbridge have managed to make a balanced eldeflower ale in which the elder matches the hop in a way that is so fucking good that it seems obvious, I've never tasted an elderflower beer like this and it's brilliant. I'm not always as convinced as most as to the brilliance of everything Thornbridge do but this is tops and highly recommended.

There's a beer from Spectrum in Norfolk called Stoatwobbler which I urge everyone to try for its sheer brilliance in malty depth, powerful fruit and balanced bitter core.
Flash forward another 2 hours and the sourdough loaf from st john is really showing its worth. A third of old hooky is a little bit of a levller after some discombobulating ales from Liverpool organic - their IPA is as true to the traditional style as you can get and delicious to booot.
Shoom! Forward to 4pm, an hour left and things are starting to go west I think I just confused Pete Brown or someone who looks like Pete Brown with some heavy ipa form Green Flash. He's smaller than I expected and the IPA much bigger, I feel that the combinatiknof these achievemnts makes me level. So. on to de molen....