Righto! So it's the eve of the 15th anniversary of North, we're proud to have been at the forefront of the beer revival for so many years.

North itself is a pretty special place, I've been working here for 5 years, drinking here for about 10 or so. What these walls have seen, doesn't bear repeating but there's not much that hasn't happened in this bar. It's a magnet for drinks lovers and crazy people. Always cutting edge but never self conciously cool, it's about amazing drinks, music, art and people. We have AMAZING STAFF! We also sell pies. 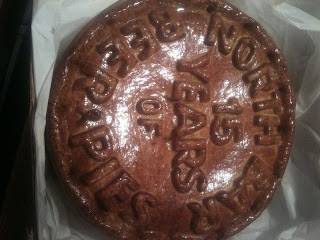 We have commisioned 15 beers to entertain you all, they're all on draught as I write and they are all delicious!

I had a part in brewing 7 of them alongside Christian (director), Kath (my legendary AM) and Jim (SUPERvisor). They are shit hot.

Way back last year we had this idea and it was with a slight cringe that it was discussed, you see embarking on this sort of endeavour is a little scary due to the fact that just dealing with one brewery at a time can get complicated, geting hold of 15, brewing a bunch of beers with them, then making sure that we have the volume to release 1 a day for 15 days, have them go 1 to 15 down the bar and still have them all on the 16th day for a party... Well that's just fucking bonkers.

We did it though, you all better bloody enjoy it ;)

See you on the 1st of July. xx 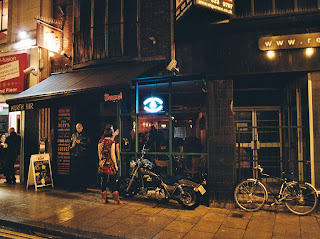